Cribbage is a fun card game that you can play with 2-6 players (not 5). Unfortunately, the rules of the game make it appear a bit intimidating. But once you start playing the game and develop a strategy, you get to the fun part.

Setting Up and Forming Hands

Get a Cribbage Board

The Cribbage game does not use Joker cards. The players of the game need at least two pegs each for scoring. These indicate the scores of previous and current turns.

Additional pegs are added to track the match scores. But players can also note their game scores using a pen and paper. While playing Cribbage with two players or more, it’s important to learn how to use pegs so you can recheck the score anytime.

Once a player collects 121 points, they win the game, after which the game ends immediately. If it’s a short game, the round ends with the player scoring 61 points.

Pick a Dealer and Deal the Hand

Before the game starts, the players must choose a dealer to deal with the hand. For this, a player can shuffle a deck of cards and keep it face-down on the table. After that, each player takes a card from above.

The player with the lowest card becomes the dealer. Once the dealer is selected, each player gets six cards. So while the dealer can take advantage of the crib, they don’t immediately get three points.

On the other hand, the non-dealer gets the advantage of counting their score before the dealer.

One of the best rules of playing Cribbage is forming a crib. Every player must look at their six cards and pick the four cards they want to continue the game with. Then, the remaining two cards are put in the crib face-down.

When the game ends, the players can see the crib, but only dealers can use it. Crib plays an important role in Cribbage because it saves the best cards that the dealer can use later in the game. 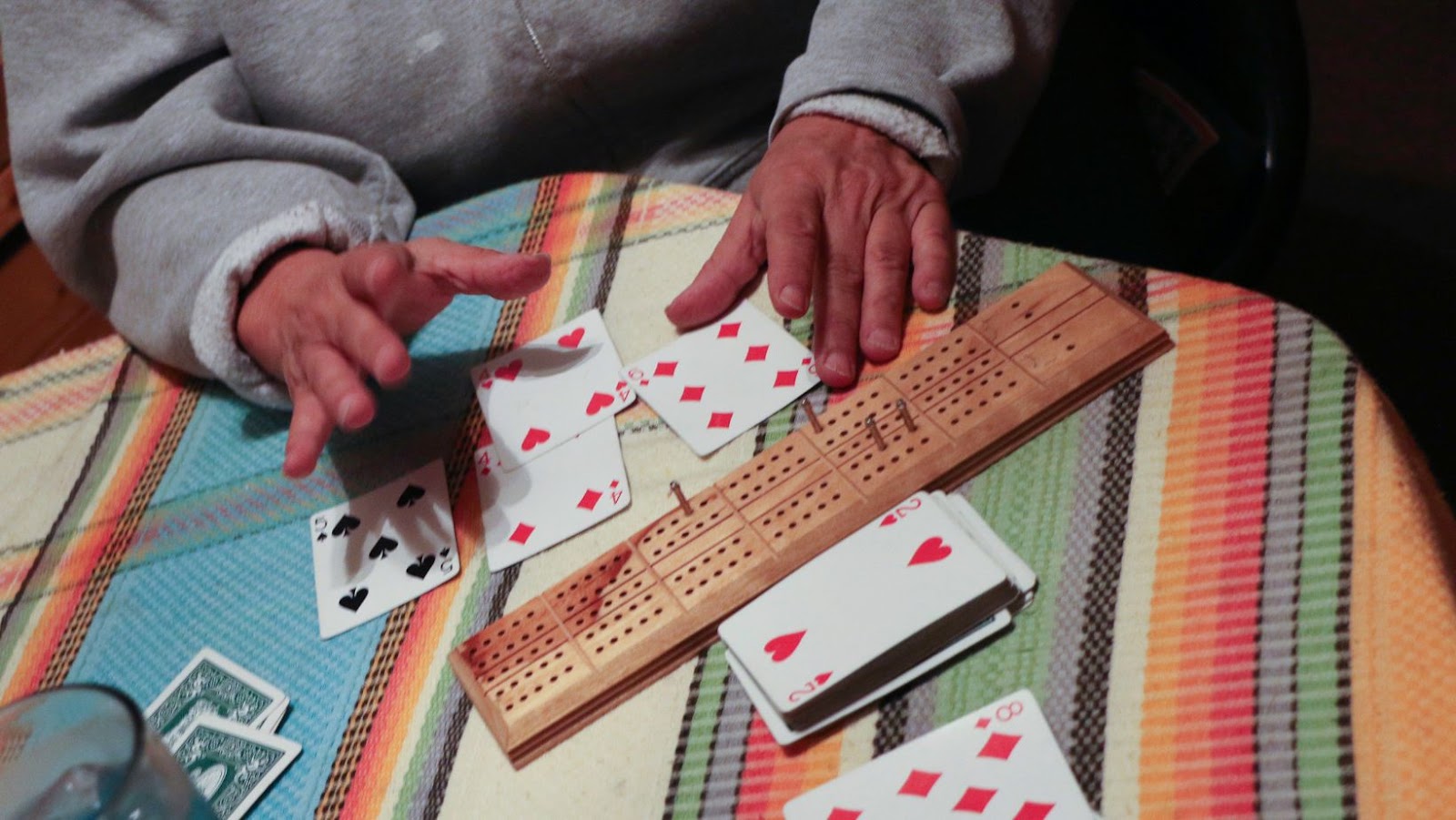 Tips to Win the Game

Besides knowing the simple rules for playing Cribbage, you must also learn some tips to improve your chances of winning. We have listed a few suggestions. Scroll down to have a look.

In some regions, missing the point means your opponent can steal them. It’s called muggins, allowing players to steal their opponent’s points if they have overlooked them.

Throw a 5 in Your Crib

If you want to gain a couple extra points, consider throwing a five into your crib. This strategy ensures that no hand containing five scores less than 2 points.

By that law, if you have a five in your hand and are unsure what to do, it’s better to throw it in the crib.

Keep an Eye on Your Opponents

While playing Cribbage for dummies, you must watch your opponent’s moves. For example, they might want to set up a run of three cards. It mainly happens when the opponent leads with 8 or 7. In this situation, they want you to play 15, so you can allow them to bring 6 or 9.

By the end of the game, if you get two points for 15 and your opponent gets 3 points, you must fight for the go to break even. You can navigate this situation better if you closely observe your opponents.

Conservatively playing Cribbage is a safe playing style. It means the player does not expect a high outcome for each move.

It’s natural to wish for more points. But risking several moments for a huge outcome is not a good decision. Playing the lotto is fun, but if you compare it, the possibility of risk with the average crib is less, which makes it better. It also leaves you open to less damaging situations. 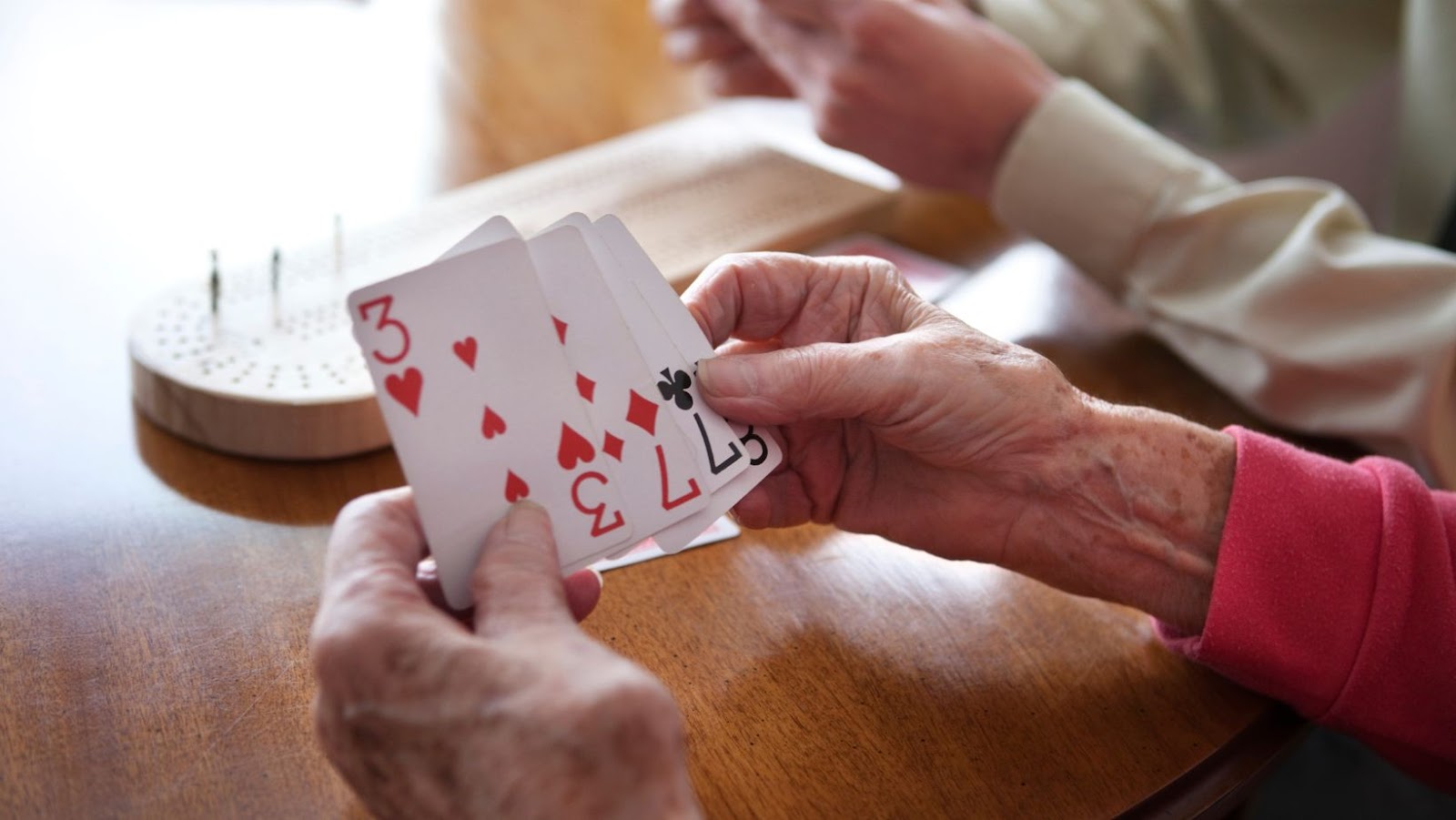 The last strategy to win Cribbage is to deal first. But new players often overlook this strategy. Instead, players must deal with the cards and cut low cards to pick a dealer. Here, Ace can be the lowest card. But even if you consider Ace the highest card, the outcome will be the same.

Now that you know the basics and tricks of playing Cribbage, all you have to do is pick up a deck of cards and deal – or you can save time and effort and play this game online for free at Cribbage online.